The President Is a White Supremacist. And So Are You if You Support Him. 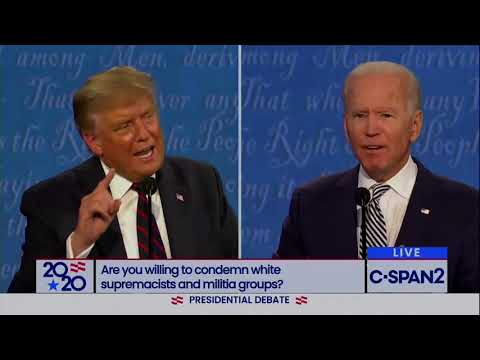 The President Is a White Supremacist. And So Are You if You Support Him.

By Jason Kottke at kottke.org

Last night in a debate with Democratic presidential nominee Joe Biden, Donald Trump, the actual President of these United States, not only declined to condemn white supremacy, he gave an order to an openly white supremacist group on national television.

I understand the perfect candidate doesn’t exist and that our system of voting requires us to compromise some of our values in order to support progress towards bigger goals, but good luck explaining that you voted for an actual white supremacist to your grandchildren someday (if you can stomach telling them the truth). Some values cannot be compromised.